Hempseed “milk”: Add one cup of hulled hempseed (or whole hempseed) to 3 cups of water, grind this mixture in a blender for about 1 minute at high speed. Filter the resulting milk from the broken seed shell, if whole seed is used. This milk  is an excellent source of raw nutrition. A variety of flavors can be added directly to hempseed milk, such as vanilla, chocolate, mint, berries, fruit, coffee, etc. This milk should be made for immediate consumption, and will spoil after a day or two.

See how to make hempseed tofu from these pictures (PDF 22.3 MB)

Hempseed tofu: Pour the hempseed milk into a glass or ceramic bowl. Put the bowl in a microwave oven*, uncovered, on the highest setting for about 10 minutes. The hempseed milk will coagulate when the temperature reaches 75 C, just like egg white proteins coagulate when heated. This happens quickly and completely, so no more heating is required after the hempseed mass has formed. Filter the mass through a sieve or collander. Add some weight on top of the mass, such as a saucer with a small glass of water on top, to slowly press out more water over a 3-4 hours. This will make about one cup of soft hempseed tofu. Hemp tofu can be frozen, if not used the same day.

*If you do not use a microwave oven, the you can heat the hempseed “milk” in a double boiler. If you have an espresso machine, then you can use steam spout to heat the hempseed milk in a cup to make a smaller amount of tofu.

Hempseed ice “cream”: Make a thick version of the hempseed milk, and use it instead of dairy cream in any ice cream recipe. Hempseed “cream” is also an excellent base for making a sorbet with fresh fruits.

Try this: Delicious dairy and egg free muffins and cakes from hempseed. Simply replace the volume of egg with the same volume of thick hempseed milk in your favourite muffin recipe. Mmmm!

Whole hempseed, hempseed cake, hempseed oil and sediment are all rich sources of nutrition for all birds, including poultry, pigs, ruminants, rodents and dogs. The oil in hempseed is especially useful for animals with dry and itchy skin when added to the diet. Hempseed oil can be put directly on damaged or unhealed skin, to aid in the natural process of healing. 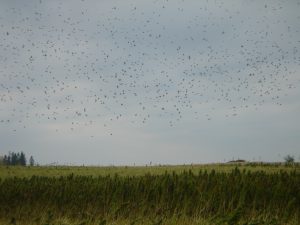 Vegetable oils are not especially good for cats, which have a limited ability to metabolize 18:C fatty acids.

FINOLA supports natural biodiversity, where ever it is grown; from honey bees and other insects that take pollen from mature male plants in mid-summer, to migratory song birds that fatten up on mature seeds during harvest time, and even the falcons, hawks and owls that come to feed at leisure on smaller birds and field rodents. 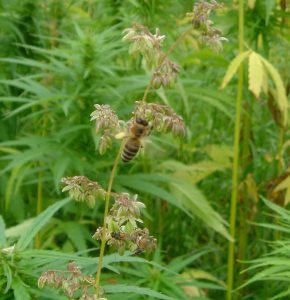 On 20 April, with a little bit of last winter still in the yard, we left a small pile of hempseed in front of a game camera, to see who might stop by for a meal. Within a 15-hour span, from night until mid-day, the camera took 588 pictures. In all, seven different animal species were served. The only mammals were mice and squirrels. The rest were birds. Most of the birds were migratory species, and two of the bird species live in Finland all year long. Click here to see a PDF (27 mB) with a few of the best pictures from this short session.

This clear, green oil has a delightful nutty taste. It is best added directly to salads or cooked foods. It is not recommended as a frying oil, because it is easily degraded by high temperatures.

Finola® oil can be blended with fruit juices or smoothies to produce a nutritious power drink. This oil goes very well with the naturally acidic flavor of yogurt.

A delicious salad dressing can easily be made by mixing 2/3 Finola® oil (160 ml) with 1/6 vinegar (40 ml) and 1/6 soy sauce (40 ml). Pressed garlic can be added to help keep this mixture from separating. In any case, shake well before using. This healthy dressing is also great on cooked vegetables and many other foods!

Finola® oil stays fresh up to 3 months after opening if stored in a cool (+5 C) dark place. Freeze the bottled oil to maintain freshness over longer periods of time. Note: freezing Finola® oil is the best way to preserve freshness and will not break the glass bottle.